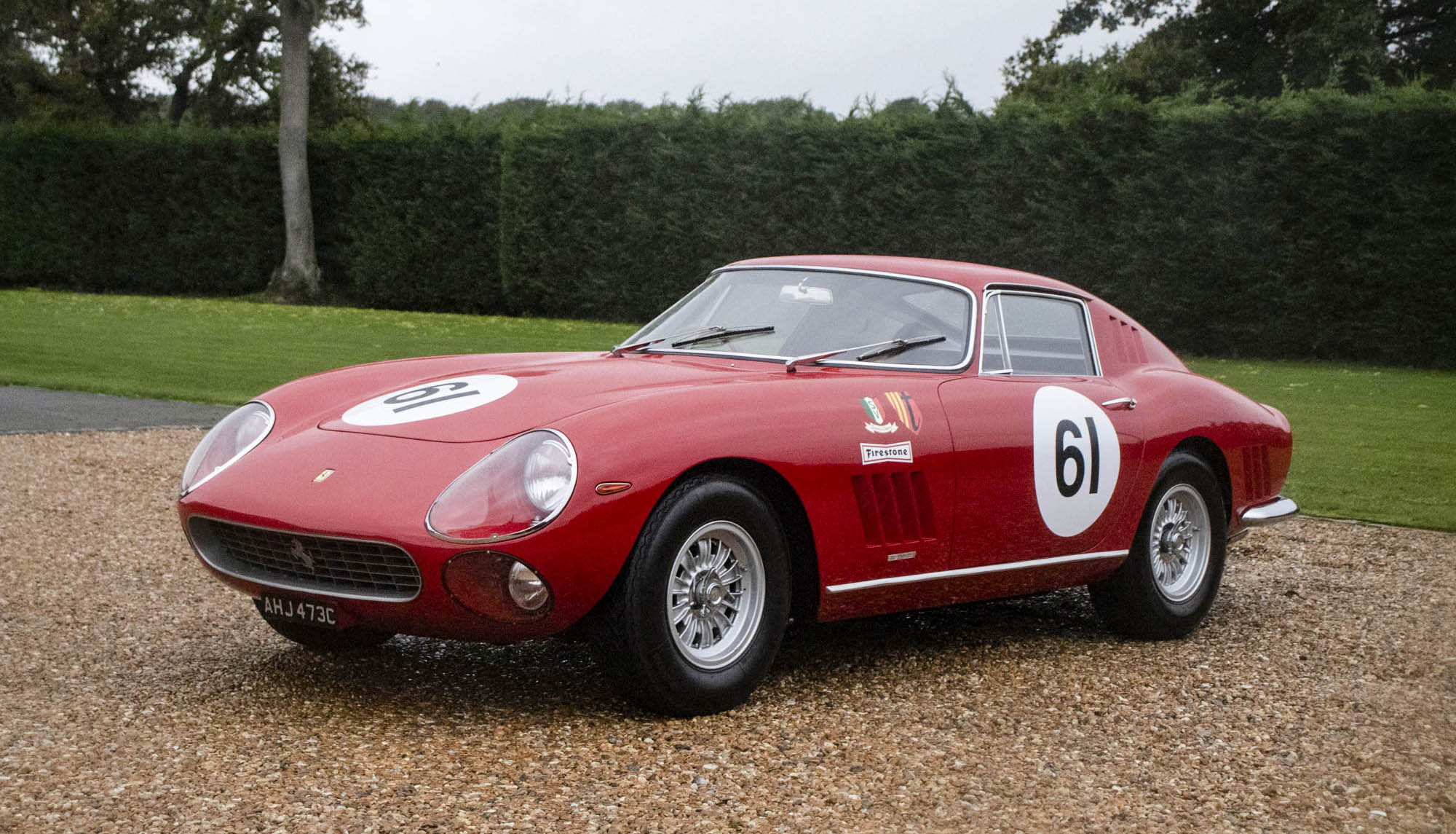 If the 275 GTB is acknowledged as one of Ferrari’s finest road car designs, the extremely rare competition series represent the pinnacle of this model.

During 1965, Ferrari produced ten special berlinettas, designated “Competizione Clienti” and conceived for customers as dual purpose sports cars. These short-nose cars were fitted with six Weber 40 DCN3 carburettors, outside fuel filler cap in the right sail panel led to a large 140-litre fuel tank. Three air vents in each rear fender further indicated this car’s sporting pretensions. Most cars benefitted from very lightweight alloy bodywork. As was often the case with Ferrari, however, no two cars were identical and it is virtually impossible to assign a standardised list of special features to every single "Competizione Clienti" 275 GTB.

The Ferrari presented here is one of the second series of ten “Competizione Clienti” cars built and one of just three right-hand drive examples.

It was ordered by Maranello Concessionaires in spring 1965, originally intended to be used as a reserve car for the 24 Hour Race at Le Mans. The car was not finished in time, however, and in September, following completion, it was shown at the 42nd International IAA motor show in Frankfurt, Germany. Sold to Paddy McNally who used the car enthusiastically commuting across Europe it was subsequently sold to Alan Mann of Alan Mann racing fame and then to F1 driver Frank Gardner. Frank used this special 275 to drive between race meetings in and around Europe and brought the car to Australia after the Formula 1 season ended and it remained there until recently.

The car has been restored, retains its factory build sheets and original body panels and also comes with an album containing all of the restoration and historical photos. It is a tremendously capable performer and would certainly be welcome at many of the great events around the world.