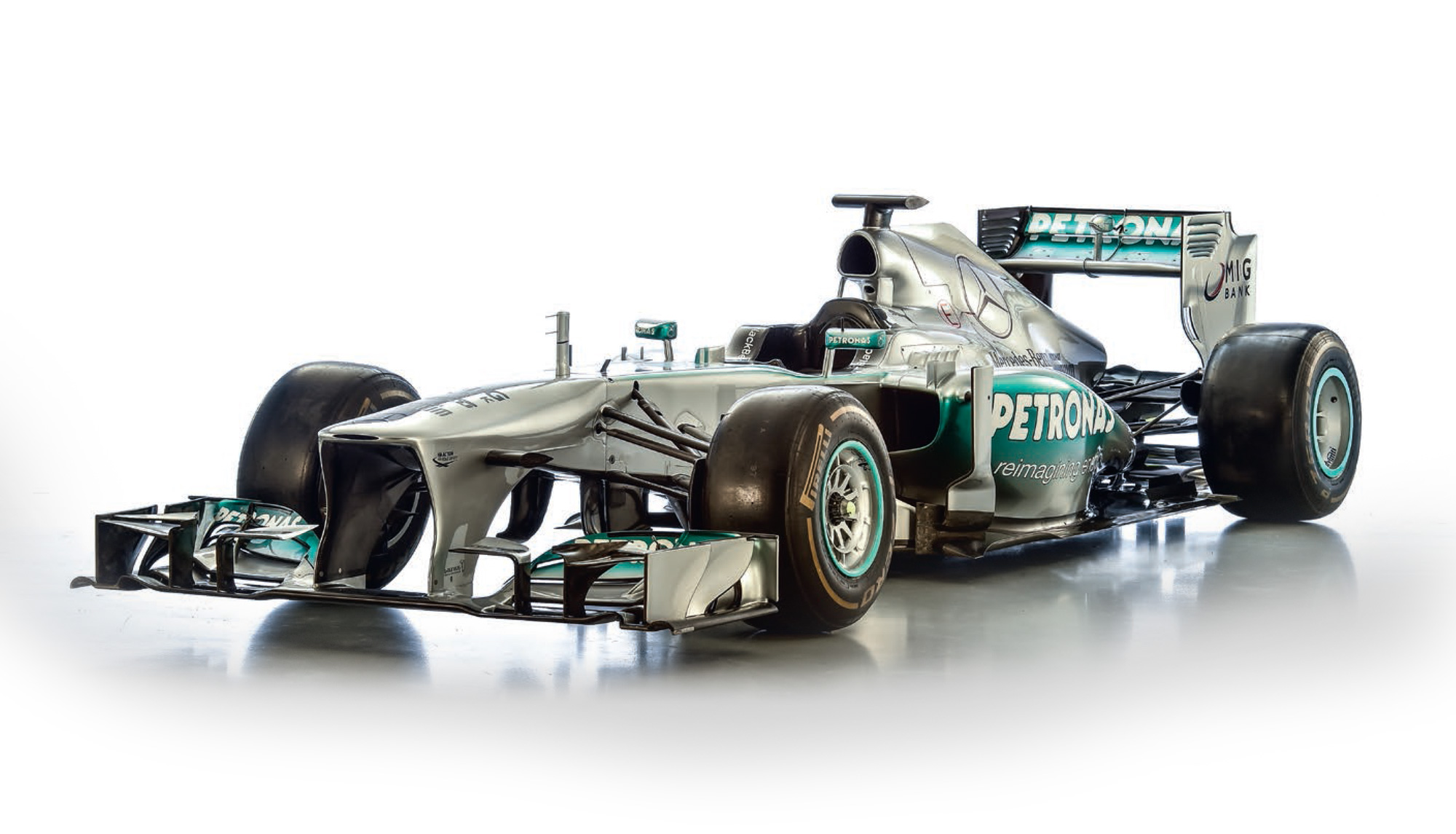 The MERCEDES AMG PETRONAS Formula One Team unveiled its 2013 Formula One car, the F1 W04, on Monday 4th February at the Jerez circuit in southern Spain. The F1 W04 was driven by Nico Rosberg and new recruit Lewis Hamilton. Their joint efforts that season resulted in three race wins, nine podium appearances and eight pole positions. MERCEDES AMG PETRONAS finished the campaign as runners-up in the constructors' championship.

With the technical regulations remaining stable in 2013, ahead of major changes for 2014, the basic vehicle concept of the F1 W04 was a sophisticated evolution of the previous year's car. Led by Engineering Director Aldo Costa, under the coordination of Technical Director Bob Bell, the project commenced with initial aerodynamic testing in early summer 2012.

The aerodynamic design philosophy had been optimised around a new five-element front wing design and a second-generation Coanda exhaust at the rear. The car retained pushrod front suspension and a pullrod rear suspension, aimed at optimising tyre life and performance, while the rear end has been aggressively packaged to optimise aerodynamic development potential. The F1 W04 also does away with the stepped nose design of its predecessor thanks to a small 'vanity panel', which was found to offer a small gain during aerodynamic testing. The car completed its final mandatory FIA crash test on 15th January.

This model formed an instrumental role in Mercedes returning to their position at the top of F1. The last KERS equipped 2.4 litre V8 engined car rev-limited to a heady 18,000 rpm, this evolution of the F1 car was the last naturally aspirated high revving engine before the advent of the current 1.6 litre turbocharged hybrids.

Driven by World F1 Champion Lewis Hamilton – this is one of a handful of cars from this era in private ownership.