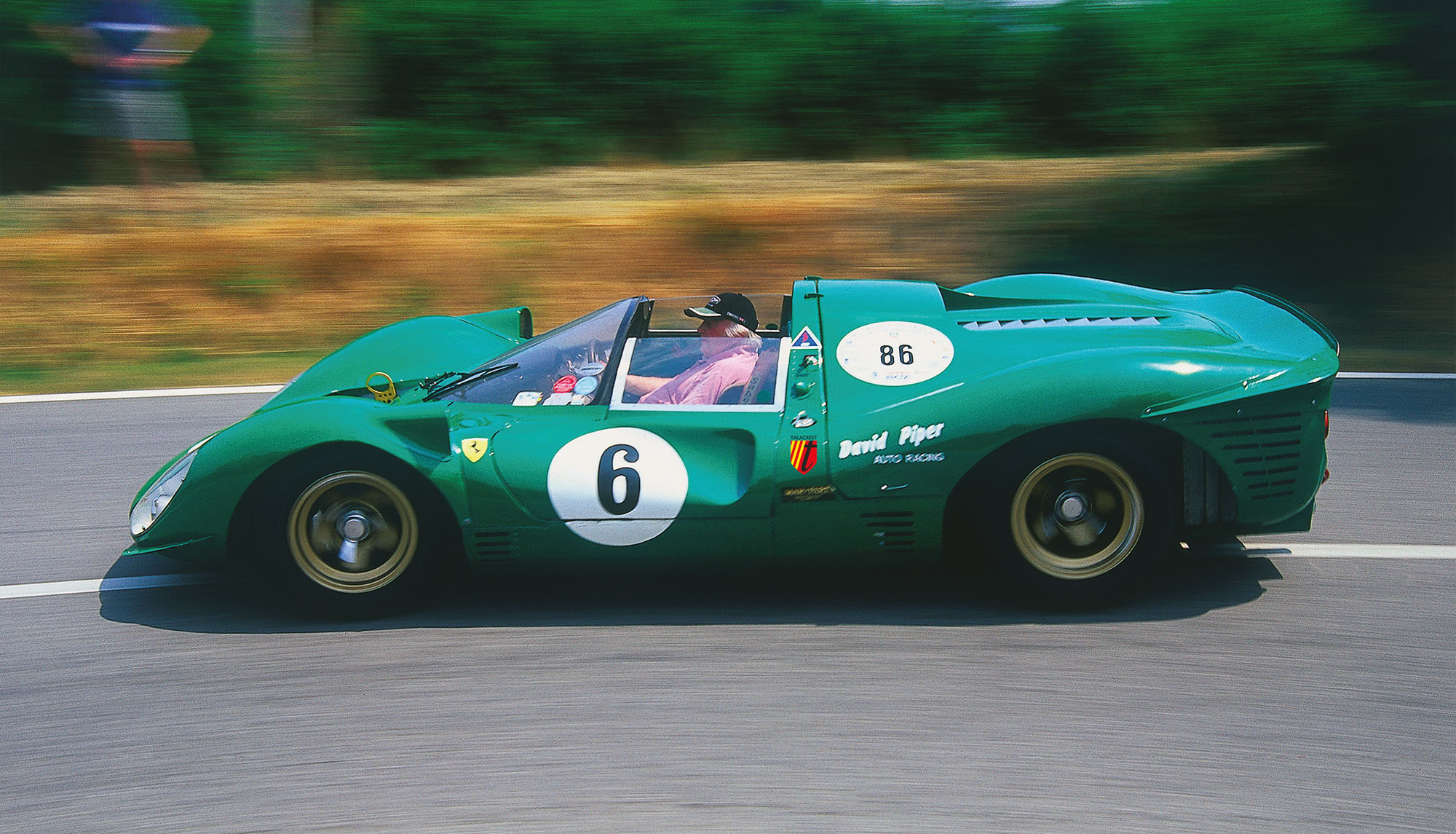 Arguably the most beautiful racing car shape ever, the Ferrari 330 P4 has acquired a legendary status. Although the actual P4 shape was designed by Mauro Forghieri for Ferrari using the Stuttgart Polytechnic University Wind Tunnel, the sensual curvaceous nature of the bodywork appears to have little of the angular lines and unnecessary addenda associated with today's understanding of aerodynamics.

Ferrari made 4 330 P4 models and Talacrest have dealt with several of these cars. Chassis 0900 has a fascinating history and is part of David Piper’s collection of Ferrari racecars.

David Piper was one of Ferrari's most successful privateer racers and drove competition Ferrari models throughout the world in many prestigious GT races. David bought and campaigned 2 x 250 GTOs and 250 LMs from the factory and was well liked and respected at the factory and was assigned the soubriquet "Nostra David" - or Our David - by the old guard at Maranello.

Through racing and ownership, David acquired a vast number of spares associated with P4s and whilst at the Ferrari factory in the early 1970s, he asked Enzo Ferrari if he could have a P4 chassis. The car was no longer in production but Enzo agreed that David could build the car with the original tubing and it was agreed Mike Parkes would oversee the construction of the chassis for David in Italy. Crucially in an act of generosity, Enzo Ferrari gave David all the factory drawings for the P4 and even assigned a chassis number to the car - 0900. David went on to build the car over a four year period using the nose and tail clips from #0860, while the engine, gearbox and suspension 'corners' came from the factory spares package shipped with #0858 which David had owned.

0900 has gone on to record a competition career which outstrips that of the factory P4s in respect of longevity and to this day the racer still occasionally runs, enabling the P4 experience to be shared with the latest generation of Ferrari fans.