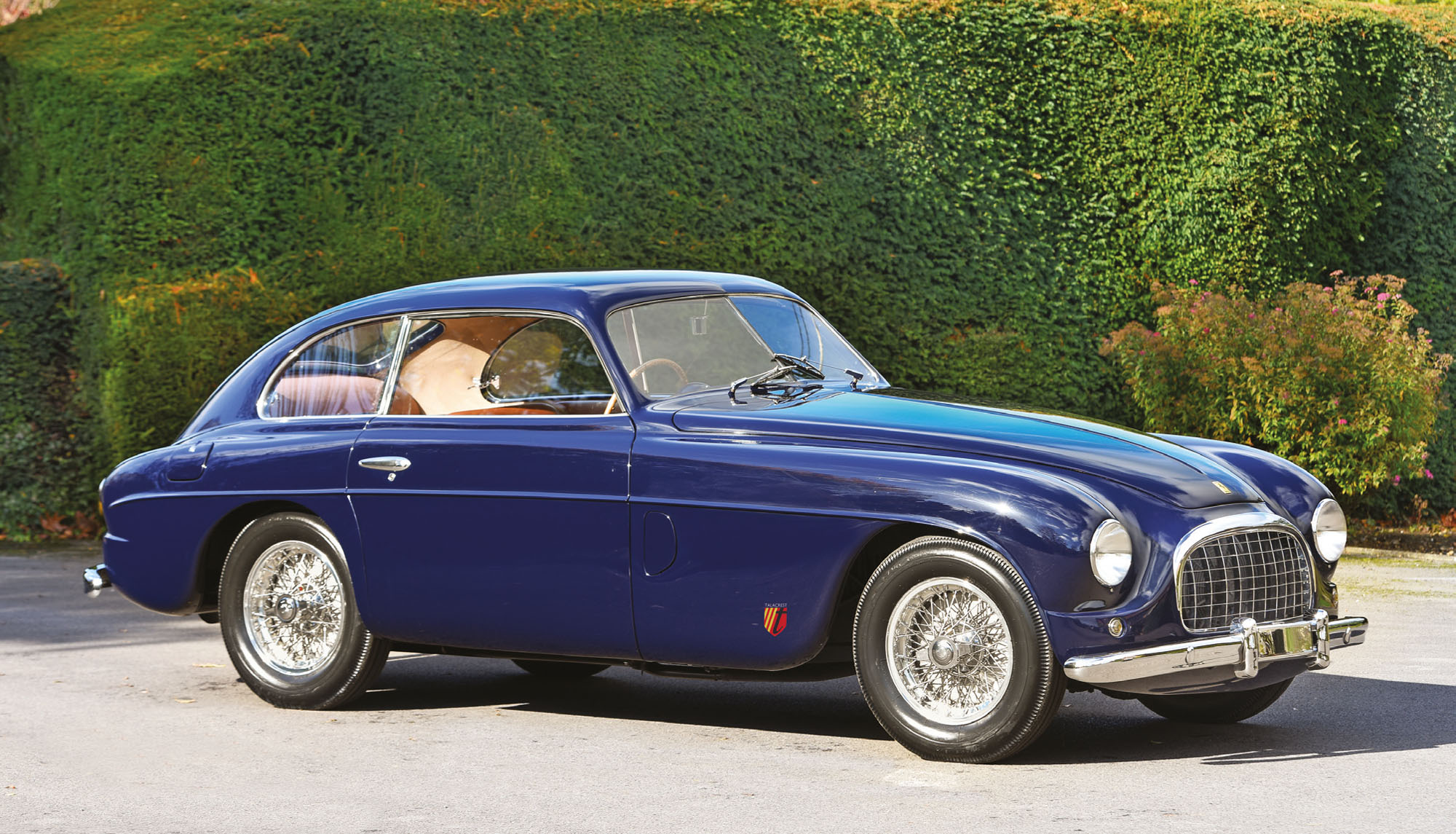 The first 195 chassis produced and one of just three bodied by Touring, this example was the 1951 Turin Motor Show car.

Chassis number 0081 S was the first of 25 195 chassis produced, and one of just three bodied by the renowned Milanese coachbuilder Touring. Distinctive features included a lack of the usual Superleggera script on the hood, as well as small Italian lights, similar to those on early barchettas. In April 1951 the car, finished in its original hue of Oro Metallizzato, was shown by Franco Cornacchia’s Societá Agenzia Internazionale Commerciale Auto Ricambi (AICAR) on behalf of Ferrari at the 33rd Turin Motor Show at the Parco Valentino. Afterwards, the following month, it was sold by Carrozzeria Superleggera Aerlux of Milan to second owner Giuseppe Fiocchi of Lecco, and registered in the Como area as ‘CO 32210’.

Fiocchi kept the car for a little over three years before passing it to third owner Francesco Nissotti of Adria-Rovigo, who registered it as ‘RO 17125’. It was sold two years later, in October 1955, to American serviceman Donald Maynard, who returned with it to the United States in 1959. Several further owners followed, including Wyatt Coleman.

In 1974 Mr Coleman’s mechanic sold the car to Richard Little of Sudbury, Massachusetts, who began but never completed an exhaustive restoration. The Ferrari was sold by Mr Little’s family in 2005, and the following year passed to two enthusiasts in California, then to Richard Martin, who had it fully restored by Terry Scarborough over a two-year period. It appeared at the Pebble Beach Concours d’Elegance in 2008, was awarded a Platinum award at the 2009 Cavallino Classic and was then shown at The Quail in 2010.

Now repainted a beautiful dark blue, this lovely, authentic with Ferrari Classiche Certification, Turin show car ranks among the most attractive closed early Ferraris, and is a superb entrant to either concours field or prestigious rally events around the world.