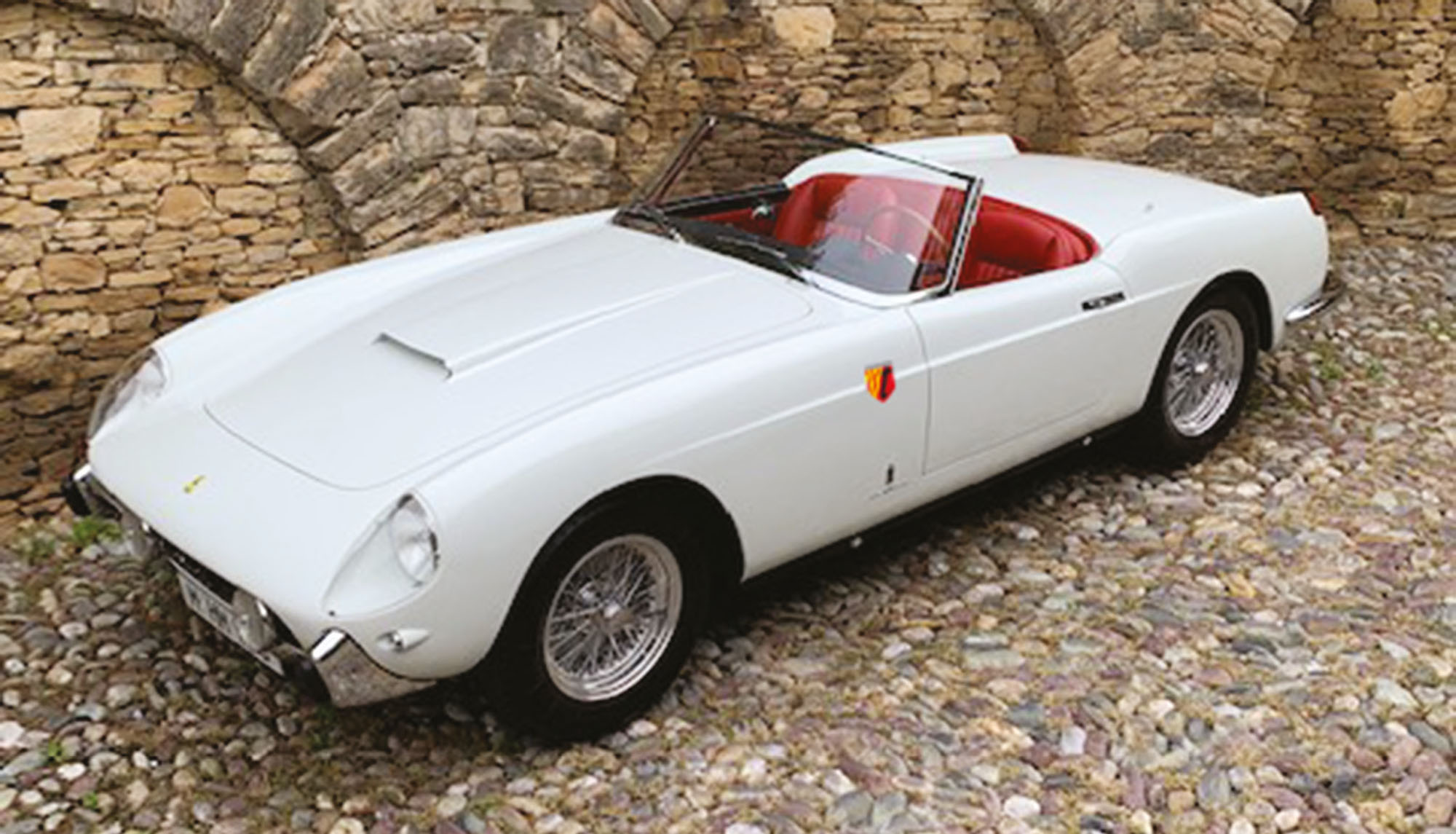 Between 1956 and 1959, Pininfarina created about 40 exclusive open sports cars on the 250 chassis, today commonly referred to as the Series 1 Cabriolets. Although considered a 'series', each of these spectacular cars noticeably differs from the others in chassis specification, interior appointments, exterior details, colour combination and overall character.

The Series 1 Cabriolets were all assembled by Pininfarina in their custom shop, not just to maintain a superior build quality, but also to accommodate the wide variety of details specified by the original owners - generally Ferrari's top clients. When new, the Cabriolet was not only the most costly 250 by a wide margin, it was one of the most expensive automobiles one could buy. Factory literature indicates a list price of $14,950 for a new Cabriolet, $3,000 more than the California Spider and $2,500 more than the competition Berlinetta.

0735 was the actual 1957 Frankfurt motor show car and the first owner was the young socialite Angela Muenemann of Munich, who was the girlfriend of Ferrari F1 driver Wolfgang Von Trips. The car was pictured with Angela Mùnemann in the 1957 Ferrari Yearbook, the picture having been taken by Von Trips while travelling with her to a race meeting. After subsequent ownership by a series of collectors this car came to be owned by Talacrest in 1999 and at the time we were advertising the car for a mere £295,000, a fraction of the car’s value today.

This car went on to enjoy a successful Concours career under German ownership and finished in its original delivery colours of white with dark tan trim and built with the ultra-desirable closed headlight configuration, this is a really special example which has been cherished throughout its life.

Talacrest know these cars very well having sold approximately 25% of the production run of these coach-built models and can attest to the superb condition of this particular car.