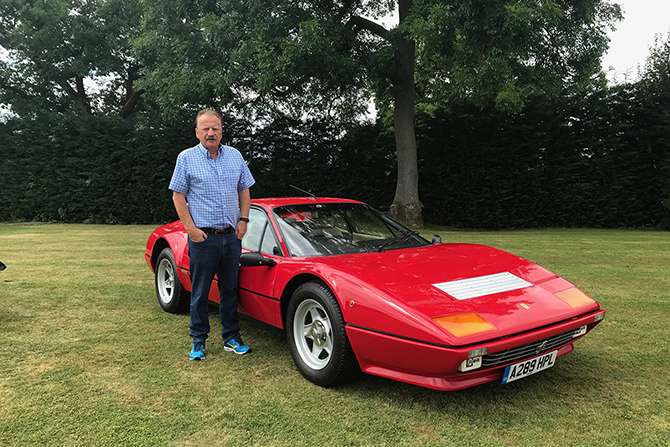 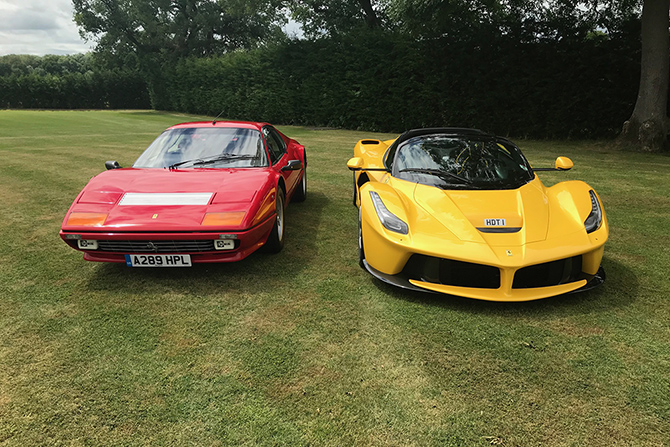 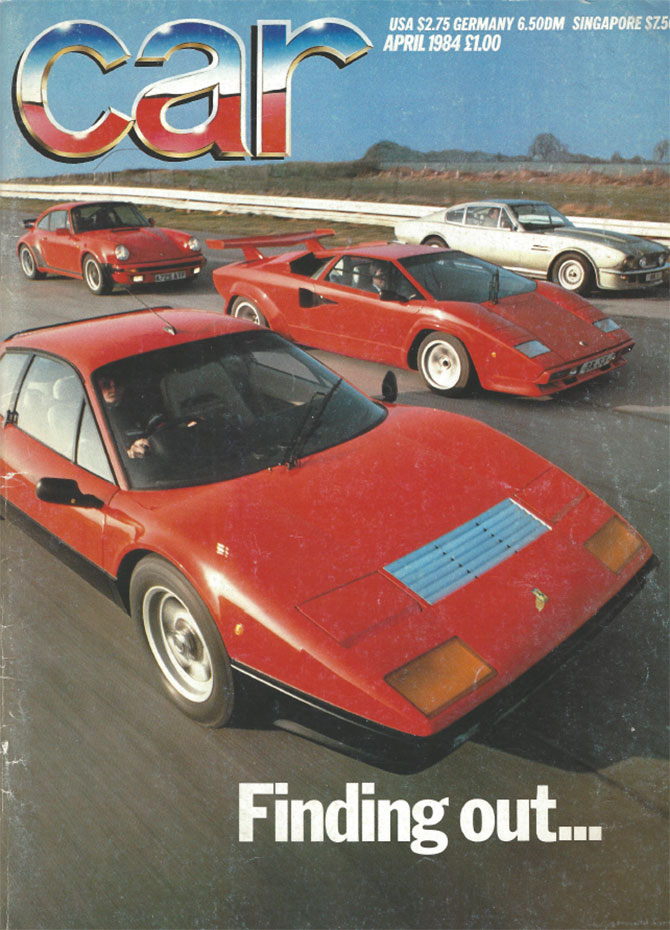 So in a twist of fate - my first 12 cylinder Ferrari recently came up for sale. This was one of my personal car's and I wrote about the experience of buying it from Maranello in 1984 after being persuaded to borrow it for the weekend in my book - Talacrest - Classic Ferrari. The memories soon came flooding back, especially the first time I opened the taps and it made my 308 of the time, seem pedestrian.

In fact on the Monday after I had returned the car back to Maranello, I phoned Mark Konig when I got home and asked what they had done to my 308 as it seemed flat and he drawled - "John dear boy – that is the difference between a V8 and a flat 12!"

To cut a long story short, I did the deal on the Boxer that morning and gave £40,000 for it including the plate HDT 1 - which currently is on my LaFerrari Aperta. The Boxer was ultimately chopped in for the new Testarossa but I have had the plate ever since on a succession of my personal 12 cylinder Ferraris. You could say this Boxer started the 12 cylinder Ferrari love affair for me - so after a bit of thought I've done the deal and brought it back home for what will probably be a quick trip down memory lane.

As part of the deal when I bought the car, I had the sills painted red by Maranello about a month later, as I preferred them in red to the black sills the car came with. I actually lent the Boxer to CAR magazine more or less as soon I got it - it had been the UK demonstrator and they had not had time to replace it - so the car is featured in the magazine with black sills.

I'm looking forward to giving it a run up the road - it's only done 20,000 miles since new and appears in great condition. However I noticed it's more or less empty on fuel - which reminds me of when I bought the car. The deal back then when you borrowed a demonstrator for the weekend, was that you filled it up with fuel upon return. When I had the car for that weekend I drove it quite hard and used up a tank of fuel. As I was driving to the dealership on the Monday morning I pulled into a fuel station to fill the car up. For the life of me I could not open the bloody fuel cap - which was a source of great amusement to other customers in the garage! Gingerly I drove out of the garage and got to Egham on fumes - the tank must have been completely empty. I had a succession of Boxers since - so at least I am going to be able to fill her up this time.

Finally, I must make a mental note not to compare it in performance terms, with the car that I recently collected from Maranello and currently has the HDT 1 plate!